Posted by: HEX 1 year ago

A Memorandum from The Australian Discworld Convention

The Year of the Lachrymating Leveret

But first, a recap:

Nullus Anxietas 7a - The Australian Discworld Convention - in July 2021, turned out to be one of the surprises of Ankh-Morpork1 when it was postponed2 to April 2022, and our very first virtual event - The Lost Con, was held as a reminder of what surprises were to come when we could meet in person again.

In December, Lord Vetinari announced the Australian Discworld Convention which was to be held in Sydney in 2022, would not take place. It was a hard decision to make, but due to the uncertainty3, it was for the best.

On December 11th, we hosted the Virtual Hogswatch party. For those of you who missed it4, subscribe to our Youtube channel for Hogswatch greetings from our guests and friends, interviews with Andrew Baker, producer of the Amazing Maurice film (2022)5, Colin Smythe, and Ian Stewart. Also, Hogswatch craft and carols, Nanny's cooking, our Discworld Game Show, and Pat Harkin reading you a bedtime story. These will go up over the coming weeks - but some are already there!6 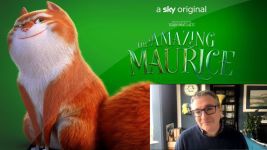 Would you like a fancy pin to wear on your shirt, jacket, kilt or sporran? How about a lovely watch chain, from your old friends in the Watch? Or just practice good hygiene with an Australian Discworld Convention face mask? All of these - plus some virtual merchandise for Virtual Hogswatch and The Lost Con - are available in our shop for a limited time only. Check them out! 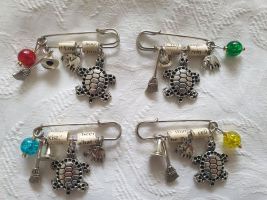 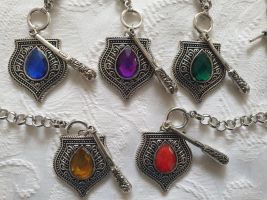 JUST ANNOUNCED: "A Life With Footnotes" by Rob Wilkins

At the time of his death in 2015, award-winning and bestselling author Sir Terry Pratchett was working on his finest story yet - his own. The mantle of completing Terry's memoir was passed to Rob Wilkins, his former assistant, close companion and now chief guardian of Terry Pratchett's literary estate.

This new and official biography will be published on September 29, 2022. You can preorder copies right now from your favourite retailer, or there are also some super fancy versions with extra content exclusive to Waterstones in the UK (but they do international shipping!)

For more details and links to pre-order, have a read of Discworld Monthly Issue 288 - and while you're there, make sure you're subscribed to the most popular (and longest running) Discworld email newsletter in the world!

Did you see the Abominable Snow Baby?

This charming animated version of one of Terry Pratchett's early short stories aired on Christmas Day on Channel 10. If you missed it then, you can still watch it via the 10Play catch up app or on their website (account required)

Want to connect with like-minded people who share your interest in all things Terry? Check our website for a group in your city. We are always looking for more groups to start up in the regional areas of your state. If you'd like to start a social group and are not sure how, send us a message and we'll help you get started.

Oh yes, there will be more Discworld Conventions in Australia.

That question should be threefold: When? Where? What?

And of course, we already know the Why9.

To find out more... well, subscribe to our newsletter!

2 Due to Interesting Times.

4 The Scorpion Pit awaits you.

6 And there’s also stuff from The Lost Con, so if you missed both virtual events, there’s plenty of videos to watch

7a Together with the production of Wyrd Sisters in Adelaide last November, this makes three x three witches within six months, all across the country!